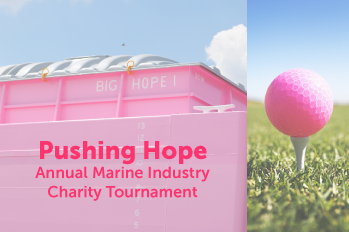 In the early 1980s, Consolidated Grain & Barge (CGB) began the river industry charity softball tournament as a way to get the industry together, have some fun, and support a charitable cause. CGB later handed over coordination of tournament events to Olympic Marine Company, where they led the way for 9 years. In 1999 MEMCO Barge, which later became AEP River Operations, took over the reins and continued the tradition for 17 years. Over the years a golf tournament and kickball tournament were added, and in 2018 a 5K and 1 Mile Fun Run/Walk will join the array of activities. Under AEP River Operations’ direction, the marine industry raised over $885,000 for charitable causes. Following the acquisition of AEP River Operations by American Commercial Barge Line (ACBL) in 2015, Ceres Consulting LLC took over coordination of this annual event with ACBL’s assistance as a major sponsor.