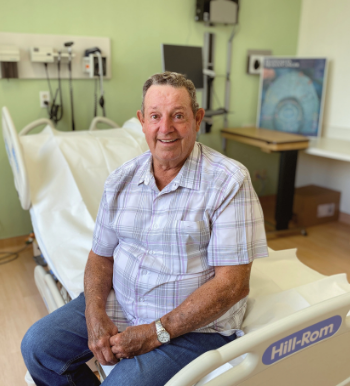 In 2019, David White received shocking news. He had known something was wrong. As a cow truck driver, he was often on the road and had started to feel ill every time he would eat. After an incident where he passed blood in his stool, he knew it was time to visit the doctor who suggested a colonoscopy. They found a tumor in his colon, and a CT scan revealed that the cancer had spread to his lymph nodes, liver, and the bottom part of his lungs. The news that he had colon cancer came as a complete surprise to David and his wife, Connie. He recalls, “The doctor said you’ve got stage IV, buddy. There were a few tears, and we were absolutely scared to death.”

David was referred to an oncologist in Grandbury who quickly started him on a clinical trial which showed positive results, and his cancer remained stable for nearly a year. Once he stopped responding to the treatment, his doctor knew that the best options for David at that point were at Mary Crowley Cancer Research.

In January of 2021, David met with Executive Medical Director Minal Barve, M.D., who explained what trials he qualified for and identified which would be best to start. The clinical trial experience was much easier on David than previous treatments, and he quickly began responding. While his former protocols saw him taking 5 – 6 drugs and left him feeling unwell, his clinical trial made him feel more like himself again.

More than anything, David loves the experience of coming to Mary Crowley Cancer Research and the bonds he has formed with both the team and fellow patients. “All the staff at Mary Crowley, the doctors, the nurses, every one of them is wonderful. I love going because I get to see everybody there.” David brings a smile to everyone at the clinic and remains positive throughout his treatment experience. His wife Connie, a school counselor, almost always accompanies him, “she’s been right there with me every step of the way.” 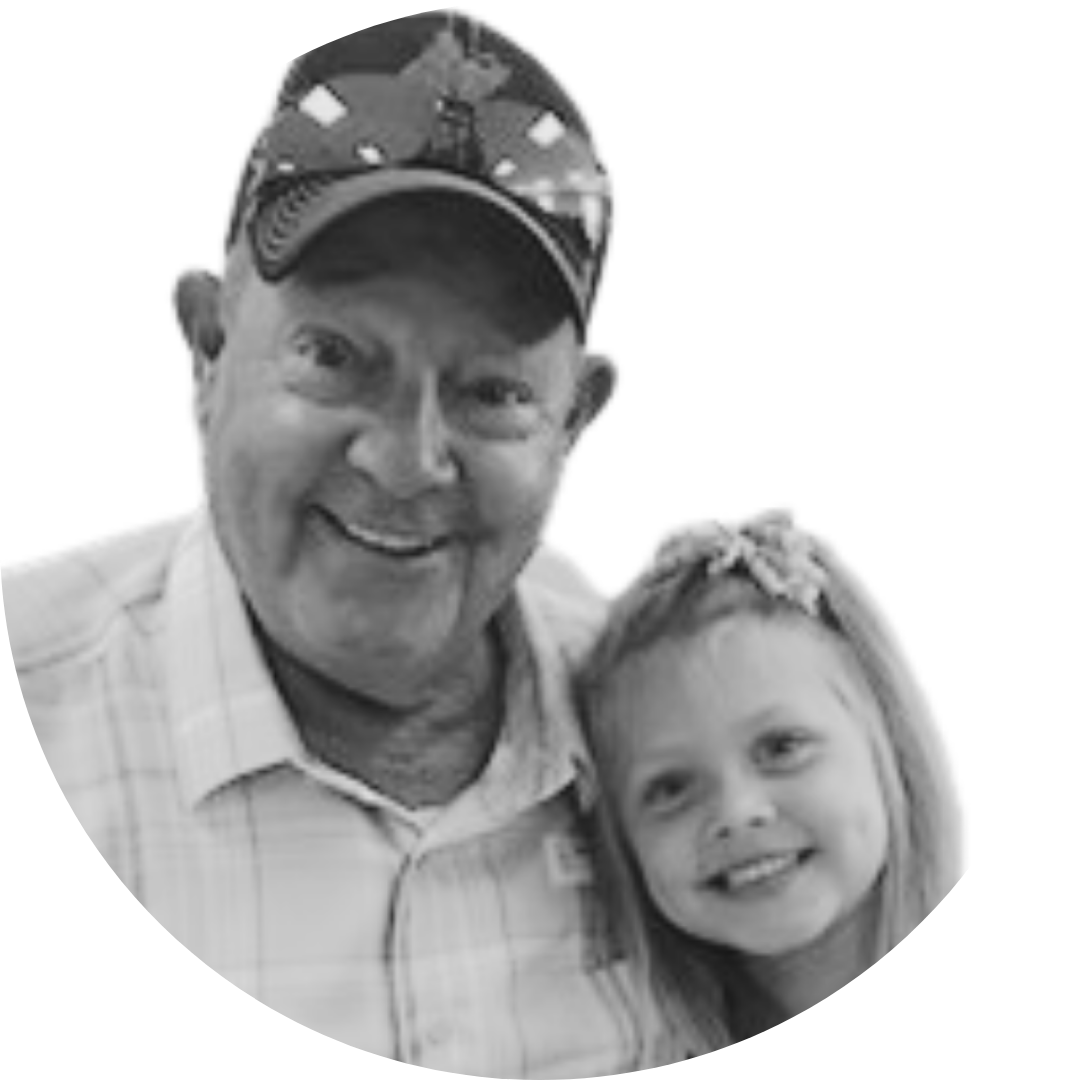 David is now looking forward to his new trial. “I’m dedicated to getting better with the help of the good lord, my wife, my family, and all my friends. I’m truly blessed with all the prayers and people pulling for me. I’m just an old country boy, and when I start out on something, I get it done. I started out on this deal, and I’m gonna fix it. I’m not giving up. I’m gonna give it all I got to the very end.”

With his wife, two daughters and their husbands, and his beloved grandchildren behind him, he is full of hope for the next step in his journey at Mary Crowley Cancer Research saying, “I’ve still got this cancer, but it is what it is. If you’re fighting cancer, there’s not a better place to go. I’ll stay here as long as they’ll have me!”